Is there anything better than getting your hair cut and/or colored, leaving the salon and feeling like a supermodel? No, we don’t think there is. But because of the current climate, seeing your hairstylist might not be as easy and getting your split ends cut off or your roots done might just be a quick in-and-out appointment without all the fun. That’s one reason why we’re so obsessed with actors and influencers who switch up their look on a dime. We’re jealous, sure, but it’s also aspirational AF. So, we’re rounding up the best celebrity hair makeovers of 2022 as they come so you can drool with us.

Though, it’s not just about drooling over these looks. Saving this page and referring back to it at the hair salon can help you decide if curtain bangs or a bob is right for you. Hairstylists actually love when you show them photos because they can get a real feel of the vibe you’re looking for and can adjust the look into something that suits your wants and needs. This goes for color, too. Did you ask for balayage when you really meant a shadow root? It’s easier to just give examples of what you want.

Some of these celebrity looks aren’t permanent. Stars love to play around with wigs, extensions and faux bangs. But there’s nothing wrong with that. Real or faux, we’re taking inspo from our favorites to figure out our next look for 2022 and beyond. 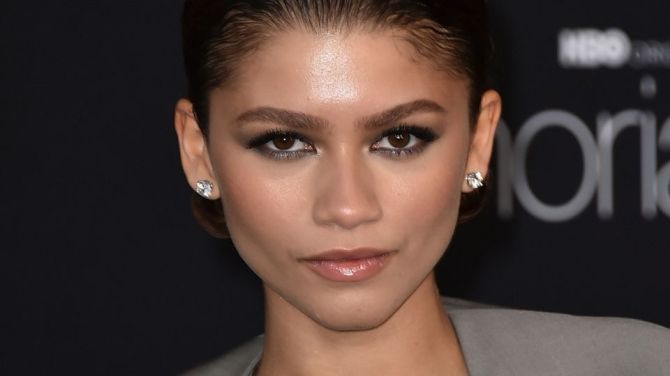 You’ll have to head over to E! News to see Zendaya’s new shorter hair with chunky highlights but trust us, it’s worth it. She was seen arriving on set for her upcoming movie “Challengers” with what looks like the perfect bob and blonde highlights.

The Selling Sunset star “did a little chop” for the reality show’s big reunion! The shorter length looks great on her.

“Don’t talk to me or my new hair,” Blackpink’s Jennie captioned the photo showing off her new shade.

We almost didn’t recognize Hadid with this ultra-white blonde hair. It seems she’s keeping it because she’s been seen slaying street style with the platinum look.

The model went copper for Milan Fashion Week and she looks incredible. She’s been seen out and about rocking the hair color so it’s safe to say, it’s staying put — for a bit, at least.

The Euphoria star got an unexpected haircut, which you can check out on the Daily Mail. It looks a lot like the bixie trend Sarah Hyland also tried.

The singer/songwriter traded in her more natural-looking brown hair for jet black. She can officially pull off any color!

The pop star is just like us. She dyed her hair purple because she “got bored,” which we can seriously relate to.

Just when we were getting used to a platinum blonde Billie Eilish, the star surprised us with a new, darker look. The brunette hue makes her blue eyes pop.

The Emily in Paris star debuted chic new fringe thanks to hairstylist Gregory Russell. The piece-y style allows you to still see her iconic brows. 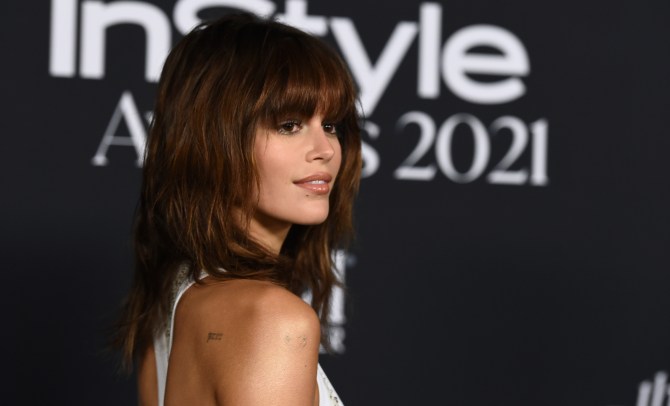 If you were a teenager in the early aughts, chances are you had these exact eye-grazing bangs seen on Kaia Gerber. Everything old is officially new again! She looks great. 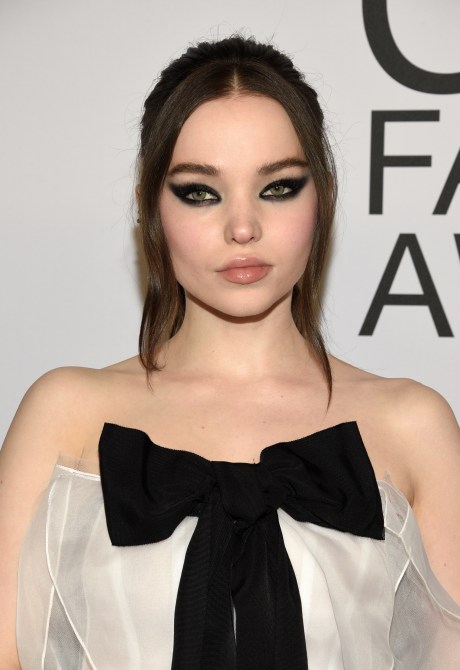 Whether it’s for a role or just because she wanted a big change, actor Florence Pugh looks stunning with her new shorter and darker hair.

Mrs. Bieber went brunette for fall and looks stunning! We love that her colorist left some lighter pieces in the front to brighten her face.

It feels like every fashion girl on my TikTok FYP is getting a bob for fall. Selena Gomez just joined the club with her chic, blunt style.

Hello, new look! Fox showed off her icy new hair on Instagram, writing: “This is what the devil’s daughter looks like.” What’s probably a wig is for her 2022 movie Johnny & Clyde, a Bonnie & Clyde update, also starring Tyson Ritter. It looks so cool on her, she should probably rock it IRL, too. 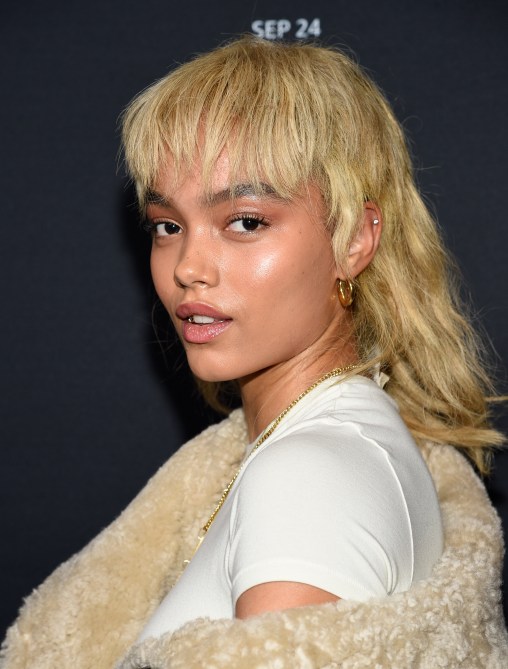 Although it’s not set to air until September 23 on Amazon Prime Video, Savage x Fenty is giving us sneak peeks of Vol. 3 of the ultra-hot runway show. We spotted model mom Gigi Hadid and her new baby bangs! They’re probably clip-ins but they’re cute enough to do for real. 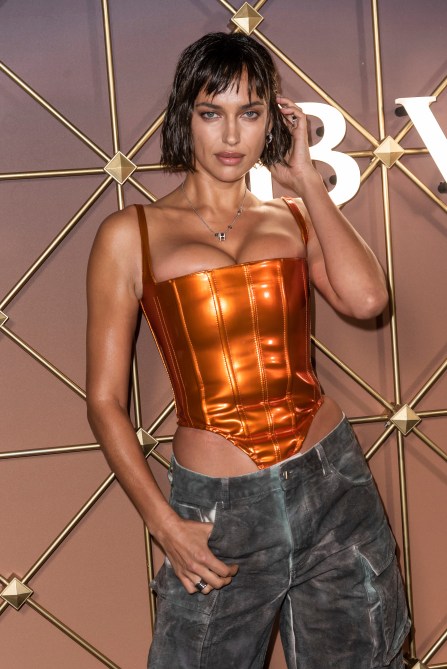 The model showed up to New York Fashion Week looking totally different — and seriously chic — in a bob with bangs. It’s most likely a wig but it looks so good, we’re hoping she does it for real.

The singer first took to TikTok to show off her chic new bob — a far departure from her usual long locks. Response from fans was mixed, with many disliking the change and saying she looks too much like “Fifth Harmony Camila.” We think she looks incredible and like the grown-up performer she’s turning into. Hairstylist Dimitris Giannetos is responsible for the blunt bob.

After seeing how good Kourtney Kardashian looks with short hair, Chrissy Teigen decided to join the celeb bob club. She credited hairstylist Sabrina Porsche for the sleek cut and style.

We had to do a double-take when we saw Lorde’s (faux) blonde hair in her new music video for “Mood Ring.” She looks a lot like The Queen’s Gambit star Anya Taylor-Joy.

OK, Kylie! The beauty boss rocked knee-length hair and a gold bikini to celebrate Kylie Cosmetics’ 24K Birthday Collection, which launches on August 10. Remember: this is the revamp with new formulas.And that 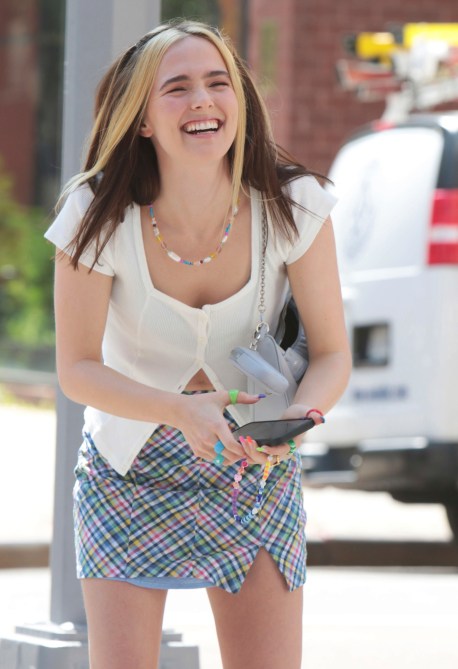 The actress was seen in full Y2K hair and clothing on the set of Hulu’s upcoming movie Not Okay.  Although it’s most likely a wig, Deutch famous friends love this look for her. “Wait I love your hair like this,” wrote Riverdale‘s Madelaine Petsch on Instagram. We couldn’t agree more.

Often when a woman does the “big chop,” it’s because there’s damage to their hair or they had to cut it off for a reason. But Gabrielle Union is showing you can go ultra-short just because it looks amazing. “The movies always show women cutting their hair when all is lost but I wanted to know the feeling of making a change when things are gravy. It hits different and its foreign to me but I ❤❤❤ this new new,” she wrote on Instagram.

Do you hear that? That’s the sound of all of Gen Z making a hair appointment to copy Chamberlain’s cool-girl bangs.

The Blackpink singer slays with Y2K-style full bangs. She credited hairstylist Preston Wada for the chop.

The actor covers this month’s British Vogue looking like a ’70s supermodel with caramel blonde hair and new bangs.

Y2K beauty and fashion are trending like crazy. Just take a look at Paris Jackson’s color-block hair. We’re loving the emerald green shade poking out from under her blond hair.

The actress is giving us Y2K vibes with pastel purple ends. We’re not sure who did the color (maybe she did it herself?) but the gorgeous waves were created by hairstylist Peter Lux. 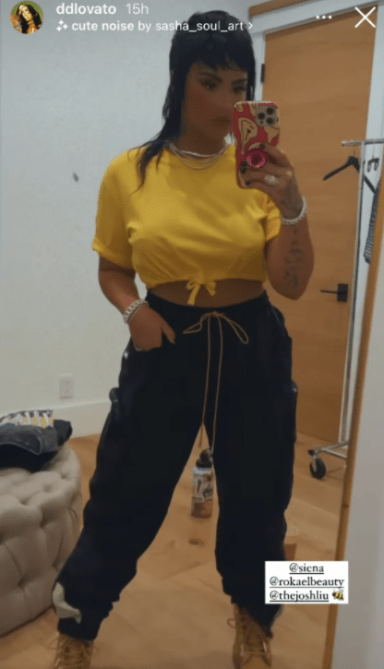 Mullets are trending like crazy and apparently, Demi Lovato got the memo. The front of her hair is short and the back is all the way past her shoulders.

“Pelirroja,” Ciara wrote on Instagram. (Pelirroja is Spanish for redhead.) The singer is looking stunning with long ginger hair giving off a bit of a sexy princess Ariel vibe. 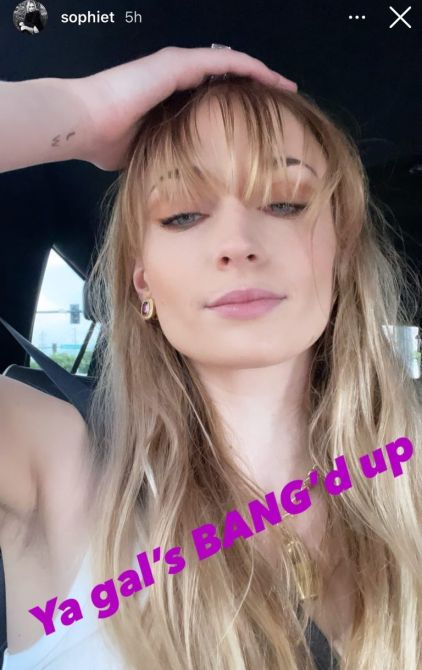 “Ya gal’s bang’d up,” the Game of Thrones star wrote on Instagram stories over the weekend. The choppy, piece-y style is different from the blunt bangs we’ve seen her rock before. We love this low-key fringe for summer because it’s easy to pin back or grow into curtain bangs.

We’ve seen the media mogul try just about every hairstyle but the lob will always be our favorite. This one has a gorgeous curled-under ’70s vibe.

We’re obsessing over D’Amelio’s new chop with ’90s-style layers that feel so fresh for summer.

Look who’s blonde again! But it was only for a few hours. Kardashian was shooting an upcoming campaign either for KKW Beauty or Skims. She actually did get her eyebrows bleached and we actually loved the look with her naturally dark hair. But then when they put the blonde wing on it was like, whoa. Right before she left the studio, she snapped a photo showing us she’s back to brunette again, including the brows.

In an Instagram photo promoting her beauty brand, Rare Beauty, in April 2021, Gomez showed off her newly dyed blonde hair. The picture saw the former Disney Channel star light blonde tresses and dark roots. She most recently dyed her hair blonde in 2017 in a color dubbed by her hairstylist Nikki Lee as “Nirvana Blonde.” Gomez’s 2021 color was also done by Lee and Riawna Capri. “We’ve been doing Selena’s color for over a decade now. She typically keeps it pretty natural, but this time she went for a big change. This blonde is unique to her as we had to make sure there was an equal balance of cool and warm for her skin tone. It’s an edgier look and perfect for summer,” the hairstylists said in a statement.

At the virtual launch of The Falcon and the Winter Soldier miniseries, Olsen debuted a totally different look from her usual copper-blonde hair. The bangs! The darker color! So chic.

We love how Teigen is playing around with wigs lately and experimenting with hair color. Although she only kept the silver shade for a day, we hope she brings it back. It looks amazing on her.

It seems like Bell is dressed up in character to film a TV show or movie but we’re loving these piecey bangs on her and we hope she keeps them up IRL.

While filling us in on the Covid-19 relief package, AOC showed off her adorable new haircut. When followers commented saying they loved the chop, she replied, “Let’s not start another national crisis over it, right?”

The model mom returned to the runway, walking in the Versace fall 2021 show. Hairstylist Panos Papandrianos wrote “Ginger for Gigi” on Instagram, making us believe he really did dye the model’s hair this gorgeous red shade for the occasion.

The ‘Drivers License’ singer jumped on the curtain bang trend thanks to hairstylist Clayton Hawkins. They’re subtle but make a big difference in her look. One interesting note: Sabrina Carpenter has them too.

The actress looks so great in this pastel pink wig, maybe she’s considering doing it IRL? “Get ‘Anyone Else But You; to 5 mil streams and I’ll keep it,” she wrote on Instagram. Though, she told STYLECASTER last year, “I don’t know that I’d ever dye dye my hair. I think my mom would kill me, you’d know?”

The model had everyone thinking maybe she got a pixie cut but her hair is actually the result of new growth post hair loss. “Postpartum baby hairs come through!” she wrote on Instagram.

A new color and cut for the birthday girl! “Emma always looks and feels her best blonde,” said her hairstylist and Nine Zero One co-founder Nikki Lee. “We decided to keep her a warm blonde and went for a ’90s supermodel vibe. With a new baby and a big birthday, we went out with a bang! Lisa Satorn added extensions for length and fullness. I kept her haircut free and flowing with piecey layers around the face.” Lee keeps her client’s hair healthy with the In Common 3 Step Treatment System ($105 at In Common).

Why not start with one of the biggest hair chameleons? Though she’s been ultra-blonde for a while, we can’t help but miss a brunette Katy Perry. It’s classically chic and fits her personality. So, when we saw these photos of backstage at Jimmy Kimmel Live, we were so excited to see the long brown hair. But it seems it’s a wig and she’s already back to blonde.