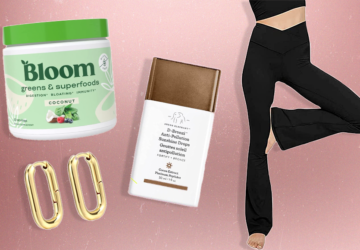 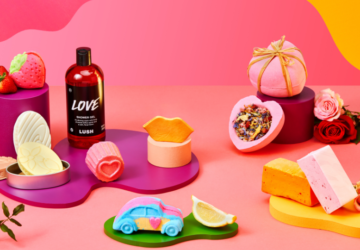 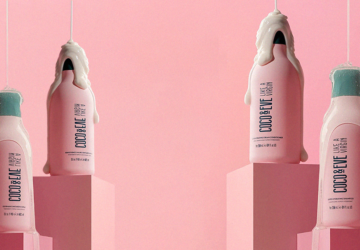 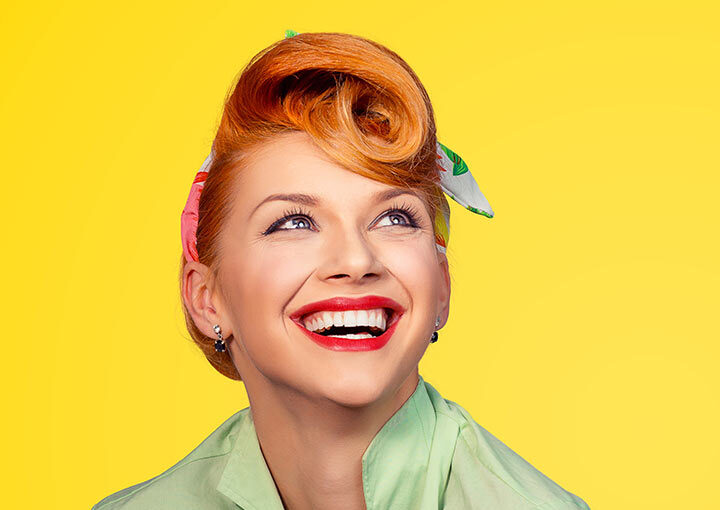 The 60s was an iconic decade for hair!

Hairstyles during that era still reign the hair world. So, get ready to have a class in the best 60s long hairstyles! That classy beehive you always wanted to try out, and those flamboyant hipster hairdos people sport are all from the 60s. And the hair only got bigger and better!

Journey with us down memory lane, and learn about the iconic 60s hairstyles to flaunt with your long hair!

Before You Get Started

1. Subtle Bouffant With A Headband

At just the mention of the words “bouffant”, it’s easy to be taken back to the 1960s, when the bouffant was seen styled with bright scarfs and headbands. Whether you’re searching for a classic, pulled-together look or something with a hint of nostalgia, this subtle bouffant is a perfect choice. Plus, the beauty of this style is in its ease and accessibility.

Whether rocking a voluminous vintage do or a sleek modern look, heavy bangs will bring a charming chicness to any style. If you want a bob cut without having to cut your long longs, this is for you. All you need to do is tie your hair in a high ponytail and then comb the hair to give it the appearance of a bob. Once paired with the iconic bob, you’ll have the perfect combination for a timeless look.

Ponytails were really big in the ‘60s. It was either the high ponytail or the low ponytail. Over the years, the low ponytail with a pouf has become a big style statement. You’ll often see it in vintage photoshoots.

The beehive is an iconic hairstyle. It has stood the test of time and come out victorious. You can never go wrong with a beehive. It was all the rage back in the ‘60s. It was also a part of many iconic photoshoots.

The beehive hairstyle was created by Margaret Vinci Heldt, an Illinois-based hairstylist, in 1960. The Ronettes made the style popular, and later, it was a trend adopted by stylists of Star Trek as well.

I’ll be honest with you, I didn’t know the name of this hairstyle until I did my research for this article. The Gibson roll is one of the most sought-after romantic updos of all time. It’s easy to achieve and looks effortlessly beautiful.

The headscarf was paired with almost every hairstyle in the ‘60s. Flaunting a ponytail? Throw on a scarf to amp up your look. It’s no wonder the scarf is a classic look. I’ll let you in on a secret: it’s perfect for those greasy hair days. It covers your greasy roots but allows the rest of your hair to be on display.

Bumper bangs were a crazy trend in the ‘60s. Simply fold your bangs to create this quirky look. Actually, you can try this look even if you don’t have bangs! Pair your bumper bangs with a cool pixie cut, vintage curls, or a high ponytail, and you are good to go!

Victory rolls are fancy. They make your hair look sculpted and flawless. It’s no wonder they were big not only in the ‘60s but even now. But don’t forget to spritz some hairspray on the rolls, so they stay in place throughout the day.

The hair flip was made iconic by Jackie Kennedy. Almost every woman sported this look in the ‘60s with a bouffant at the top and the ends flicked out. This was THE hair statement of the ‘60s.

10. The Brigitte Bardot Half Updo

Brigette Bardot’s looks were, and are, legendary. But nothing is more loved than her half updo hairstyle. It has volume and length, which are what every woman wants in a hairstyle. Moreover, it goes well with any look. Don’t believe me? Try a grungy look and some dark eye makeup with this hairstyle.

Bouffants were all the rage in the ‘60s, and they were seriously big. They also were paired with almost every hairstyle. You can see tons of photos of women sporting bouffants with ponytails, buns, or just their hair down. It adds height to your hair, making your face look slimmer.

Ahh, Marilyn Monroe! All the men wanted her, and all the women wanted to be her. Her blonde curls were copied by women all over the world. They remained iconic even after she chopped her hair off.

Marilyn Monroe was not a natural blonde but a brunette. She was asked to bleach her hair for versatility in the industry. Upon trying the platinum blonde, she instantly fell in love with it and bleached once every three weeks.

If you were young in the ‘60s, chances are you have sported this look. Straight long hair that was parted in the middle was a big look back then. It shows off the length and texture of your hair and also helps in framing your face.

Where my hippies at? The hipster look, along with the peace sign, was big in the ‘60s. It typically involved long, loose hair paired with a center parting and a headband. Don’t forget the colorful clothes and the round sunglasses!

Short hair was big from the ‘20s to the ‘40s. From the ‘50s onwards, the focus came back onto long, sculpted hair. But, the pageboy bob stood the test of time and was one of the most sported short hairstyles of the ‘60s.

This is another short hairstyle that was popular in the ‘60s. Many actresses, like Audrey Hepburn, sported this look, which made it even more popular. It looks stylish and chic, which is why it is big even now.

That’s right, finger waves have been around long before you were born. These perfectly sculpted waves are so chic that we’ve seen many celebs flaunt this look at red carpet events. Flawless!

Afros got bigger in the ‘60s. I kid you not! The latter half of the ‘60s was the golden age of African-Americans on television. But when it comes to hair, it’s deeper than that. In the ‘60s, the natural hair movement came about. Black women everywhere started embracing their kinky locks instead of opting for Eurocentric or Americanized hairstyles.

Straight at the top, wavy at the bottom – that’s the wavy hipster look. This look adds natural volume to your hair as it is not poker straight. The middle parting will slim down your face and makes it appear more symmetrical.

Boho hair was big back in the ‘60s. Many women flaunted thin braids when styling loose hair. Though you’d mainly see only hippies sporting this look, it slowly became very popular.

Big hair was all the rage in the ‘60s. Actresses like Jane Fonda, Raquel Welch, and Farah Fawcett sported this trendy look. It makes your hair look thick, which immediately makes your face look small. And all it takes to achieve this look is some hair teasing. Simple and perfect!

What was the most popular hairstyle in 1961?

Jackie O’s voluminous ‘do is the most recognizable haircut from the early 1960s. It was the most well-known of all the iconic haircuts worn by the most stylish people in the world at that time!

How do you do a ‘60s bombshell hairstyle?

To do a ‘60s bombshell hairstyle, follow these steps:
• Begin with clean, freshly washed hair.
• Blow-dry your locks into voluminous curls.
• Tie a half-pony.
• Split your curls apart.
• Accessorize with a cloth headband.

To do a ‘60s half up half down hairstyle, follow these steps:
• Tease the hair at the top of the head.
• Smoothen out the hair at the top and tie it in a half ponytail.
• Next, secure the hair with pins.
• Use two long bobby pins and criss-cross them to hold the hair in place securely.
• Lastly, wrap a little hair in a circle above the enormous pins to conceal them and maintain an elegant look.

Was this article helpful?

Anjali specializes in hairstyles and hair and skin care and has written over 200 articles in these domains. She has 7 years of experience, and her philosophy about hair and skin care is simple: if you love and care for it, it will be healthy. She has taken it upon herself to show women how to love their hair and…View Profile ›

21 Party Hairstyles For Long Hair For Every Occasion 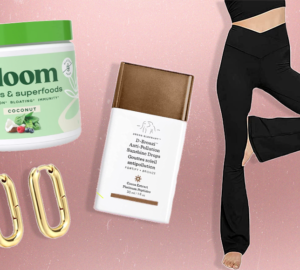 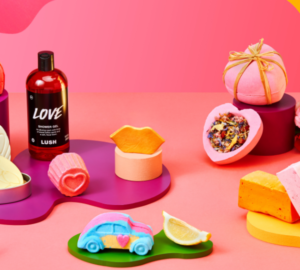